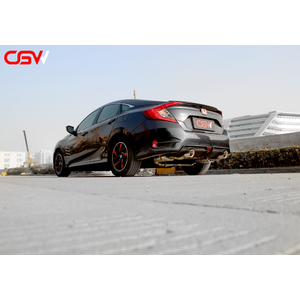 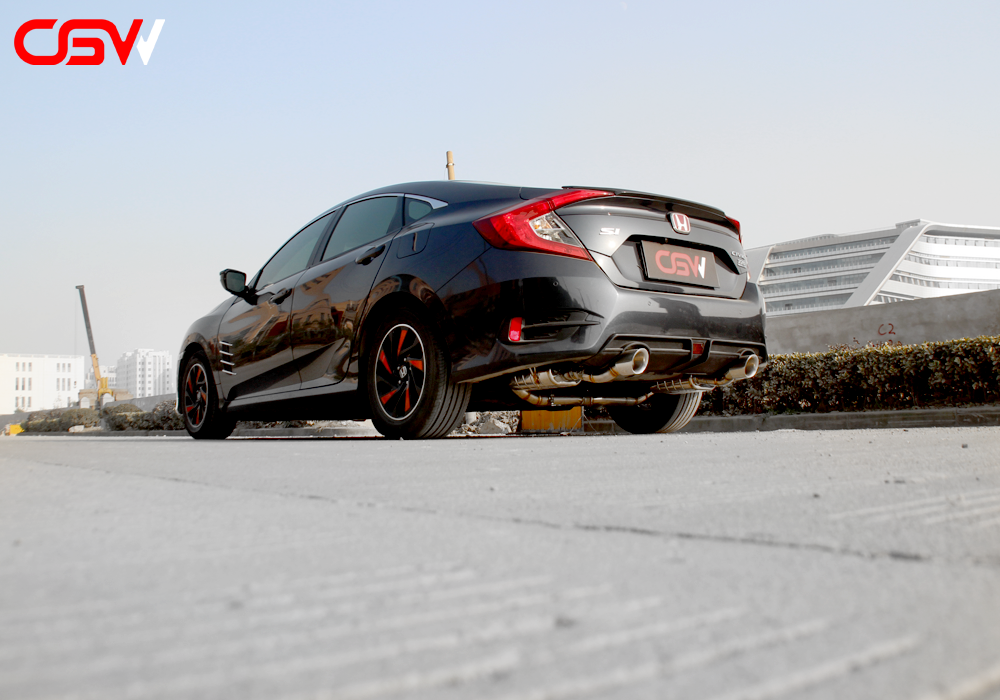 As we all know, Japanese models tend to focus on economy and comfort. They are relatively conservative in terms of sportiness than European-Americans. However, Honda has a very prominent performance in terms of sports. This aspect can be called the spirit of Honda. Honda has produced many classic models, just like today's protagonist - Civic. 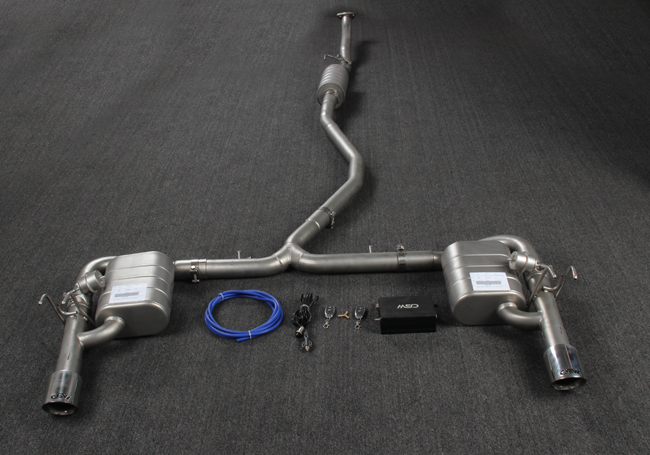 When it comes to the modification of the Honda Civic, most people may think of the modified style of street performance. Various carbon fiber air force kits for the body, racing seats, exaggerated power performance. In the current ten-generation Civic, Honda gave up its natural inspiration and turned to the turbine. Under the global situation of turbines, Honda's transformation can be said to be the arrival of a new era. 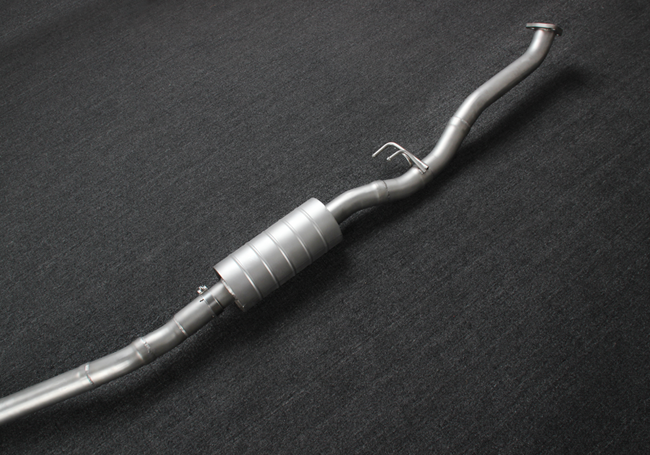 The exhaust is made of SUS304 stainless steel and the surface is frosted. 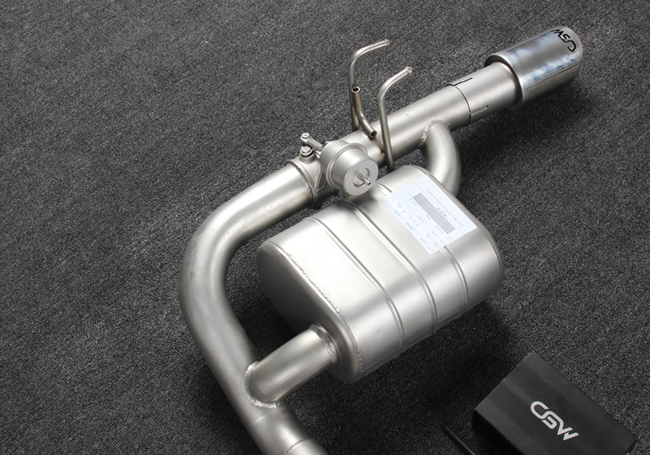 Although the ten-generation Civic has just been listed, there are already many brands on the market that have introduced modified products. CGW is one of them. The new CGW ten-generation Civic special exhaust is made of SUS304 stainless steel. The whole body is made of matte coating technology, which has quite good performance in corrosion resistance and wear resistance. The highlight of the exhaust ** is the design of the variable valve. It is equipped with CGW special valve control equipment. The valve is easy to open and close, and the sound is fascinating. In addition, the design of the two-sided single-out design improves the sense of movement of the vehicle relative to the design of the original hidden exhaust. 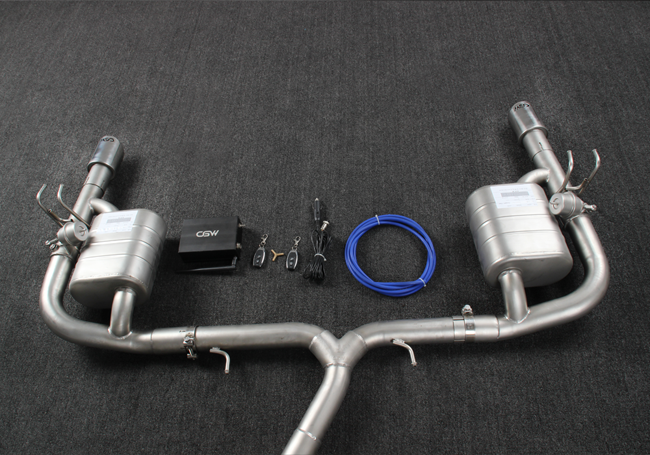 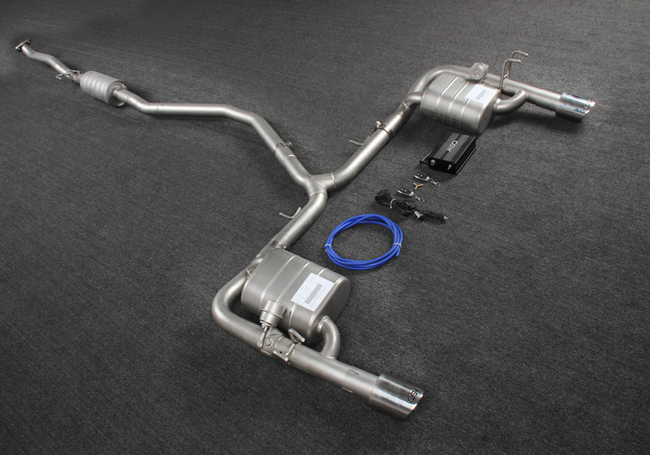 The sense of technology has always been pursued by CGW, and mobile phones have become a necessity for popular life. CGW cleverly integrates the functions of mobile phones into the exhaust system. The new CGW's “Black Technology” mobile APP control system can control the opening and closing of the valve at any time, with a simple interface design, and the exhaust sound can be adjusted by touching the finger. The mobile APP and the on-board controller are two-pronged to enhance driving pleasure. 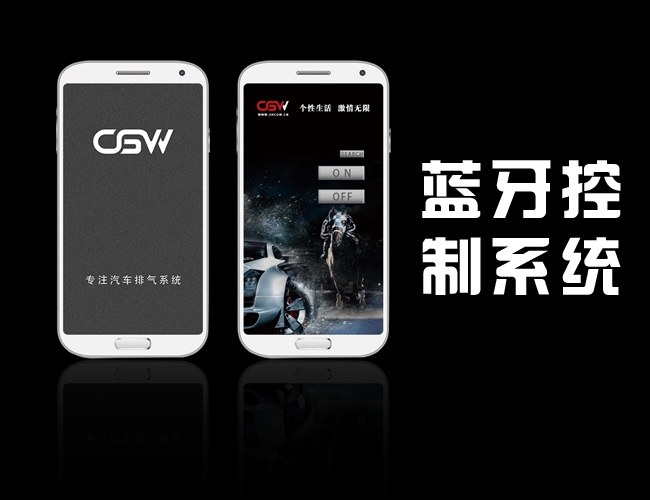 As the leading brand of domestic exhaust, CGW has always been synonymous with design and technology, and has been at the forefront of the market in terms of vehicle matching.