IS250 uses CGW variable valve in the tail section 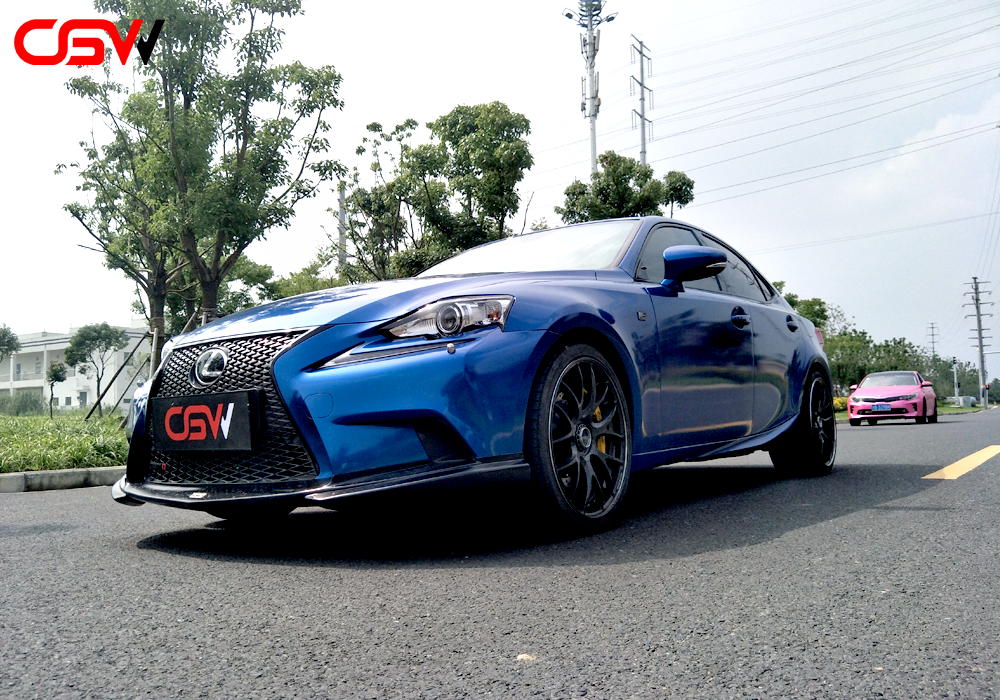 IS evolved to the third generation of XE30. Here, Lexus has put his sporting characteristics at the balance of the **, at least the appearance of the XE30 will not let you question his positioning, but if it is too Then it will slide to the situation of Altezza that year, the players said that the ordinary people do not understand the embarrassment. In terms of describing the characteristics of sports, Lexus has a strong foundation, especially the design language system of the generation where XE30 is located. The whole product line is surrounded by this strong sports wind. In the era of young consumerism, this is obviously The way to go with the favor. 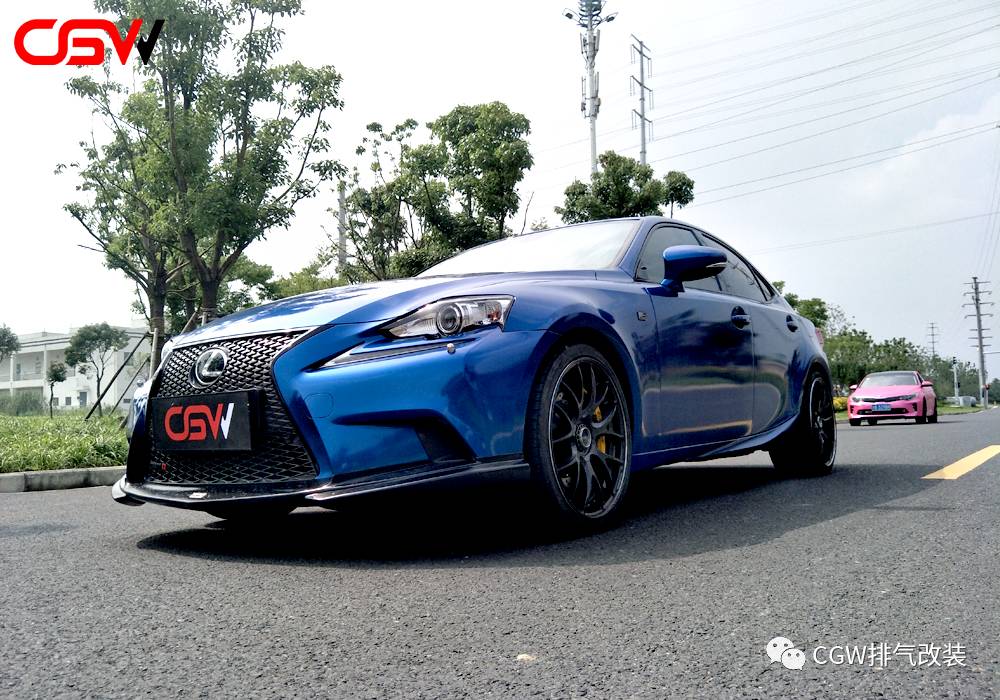 The body of the XE30 IS is basically unable to pick out a lot of design elements that violate the sport, not to mention the F Sport model. It can be said that Lexus F can really pick out the point of dissatisfaction - exhaust. We know that the four-exhaust exhaust of the "eight-character" on both sides of the F-vehicle is the symbol of F. I believe that the IS F of this generation will still have this feature, just like the little brother "pre-announce" below. . I also believe that every bloody Lexus owner is eager for the "F layout". It is not difficult. The customization ability of the independent brand is so developed. Do a F Style exhaust minute to see how CGW can help you achieve F shape. . 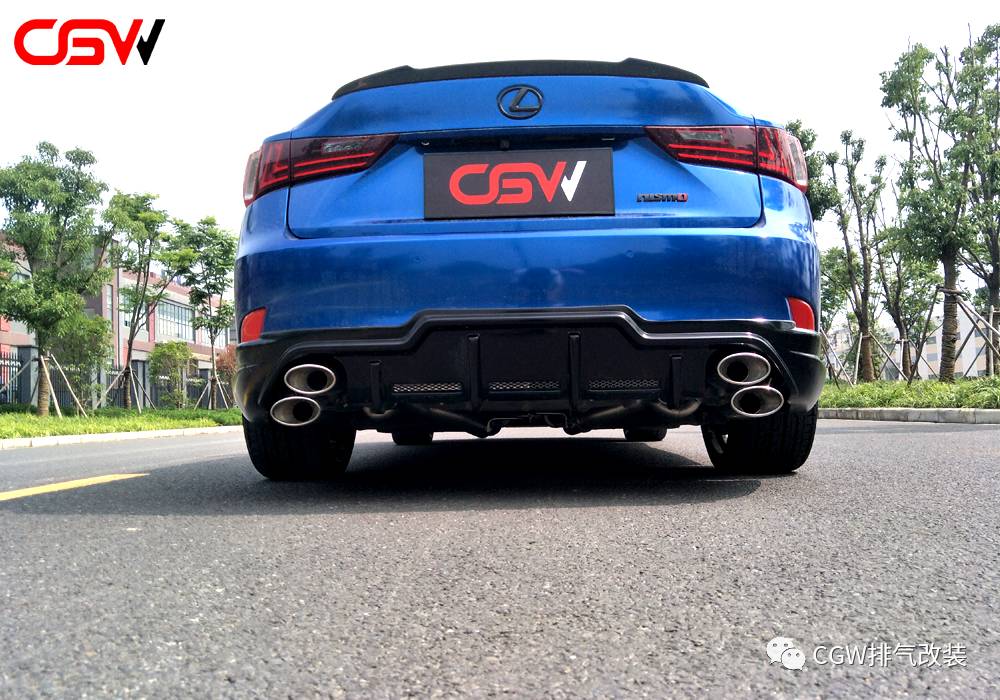 Figure: A small suggestion, the nismo at the end of the car is removed, unless the owner is working in the NISMO department of Dongfeng Nissan, but with a heart of Lexus, it is another matter. 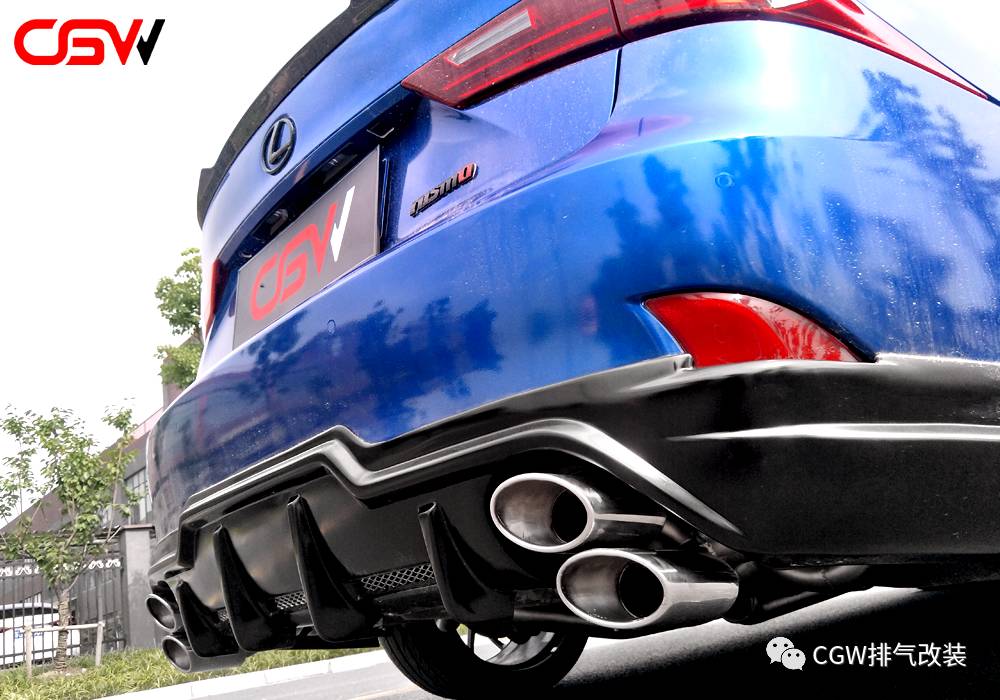 This is a variable-valve tail valve exhaust for IS250 (XE30). It is made of stainless steel and has a sandblasted surface. It has high texture and good anti-rust ability. There are two drums in the middle section of the X-shaped cross, and two slightly larger tail drums in the tail section. Don't worry that the sound will be over-suppressed. Don't forget that *the front is a V-shaped six-cylinder machine. This layout is just right. The ability to play the V6 sound is not too noisy, and don't forget the existence of the valve, whether you want to be radical or conservative, a remote control can do it. **F-shaped four-outlet nozzles stacked on top of each other are also the highlights. Look at this size and feel that the original rear bumper can also be accommodated. If you want to replace the rear bumper, you must inform CGW. Of course, the meaning of a set of exhaust is not all in appearance and sound, performance improvement is also necessary. The IS250's 4GR-FSE 2500cc output is not too much, but the advantage of V6 is the linearity and naturalness of the output. This linear output of NA will be further advanced. CGW optimizes the exhaust path by increasing the diameter of the pipe to achieve an improved exhaust efficiency, making the output of the IS250 smoother. 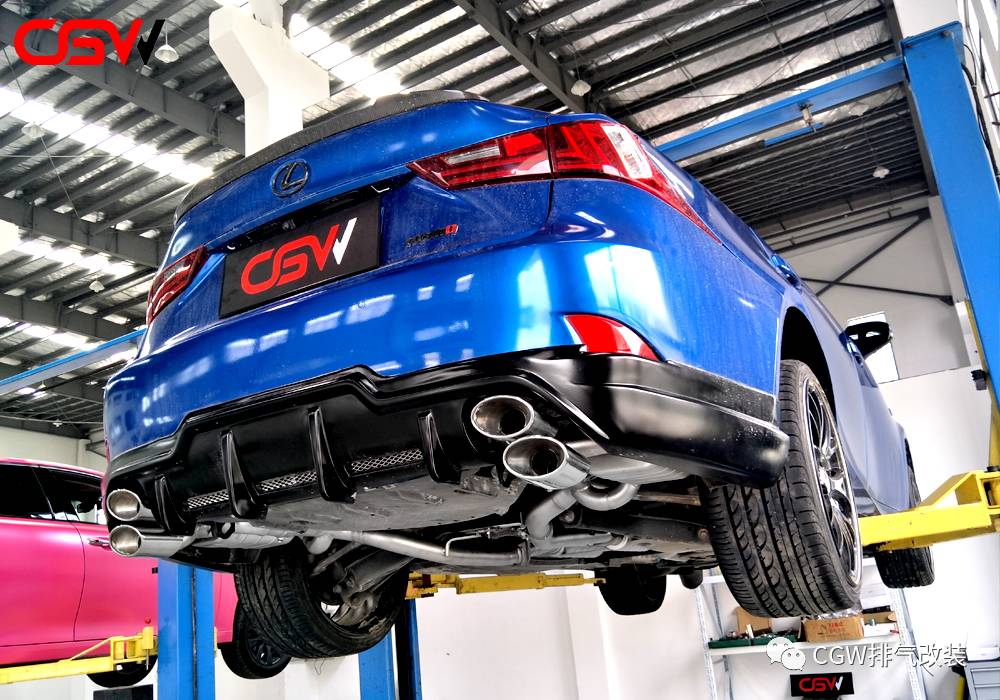 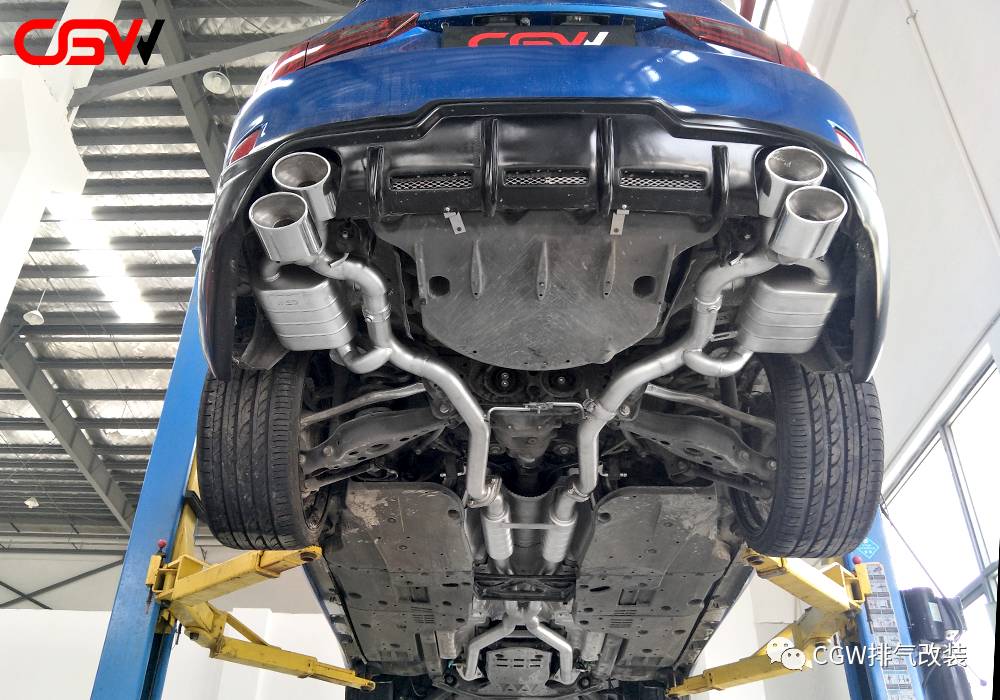 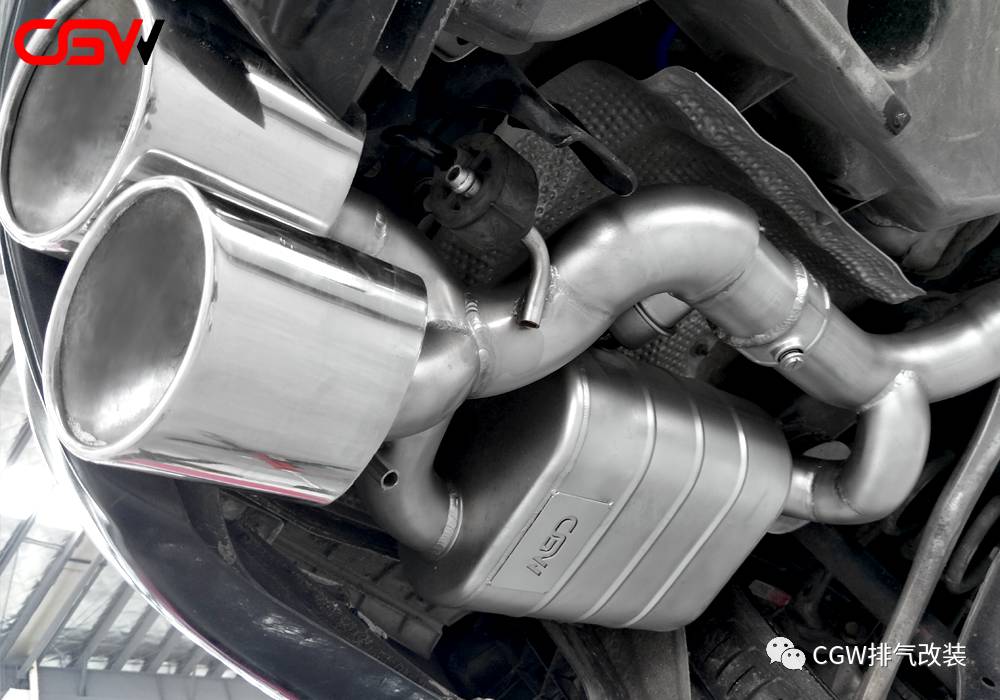 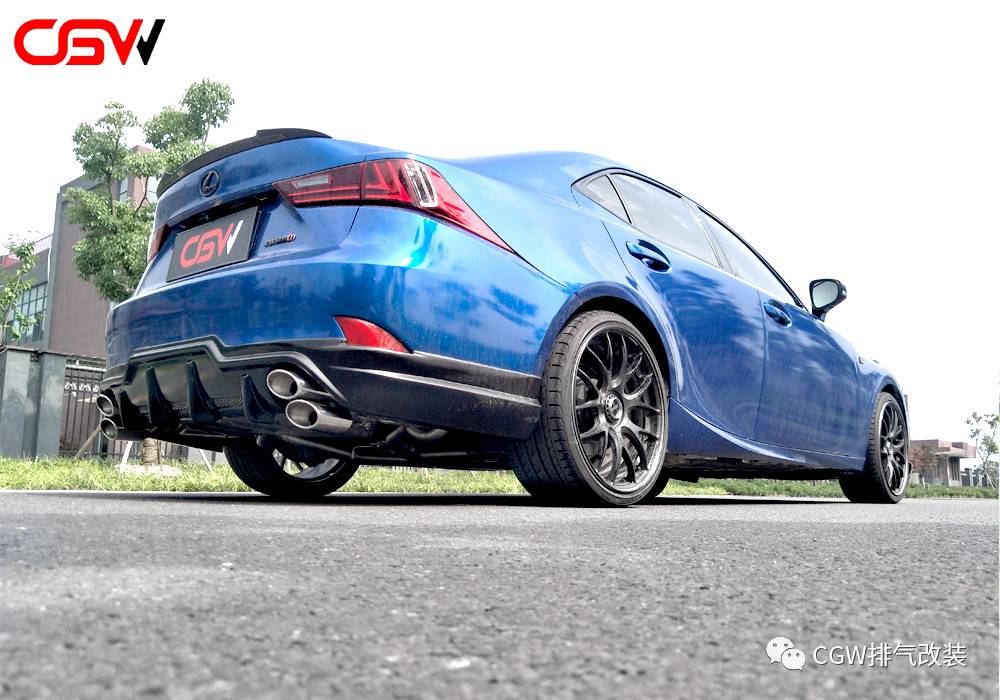 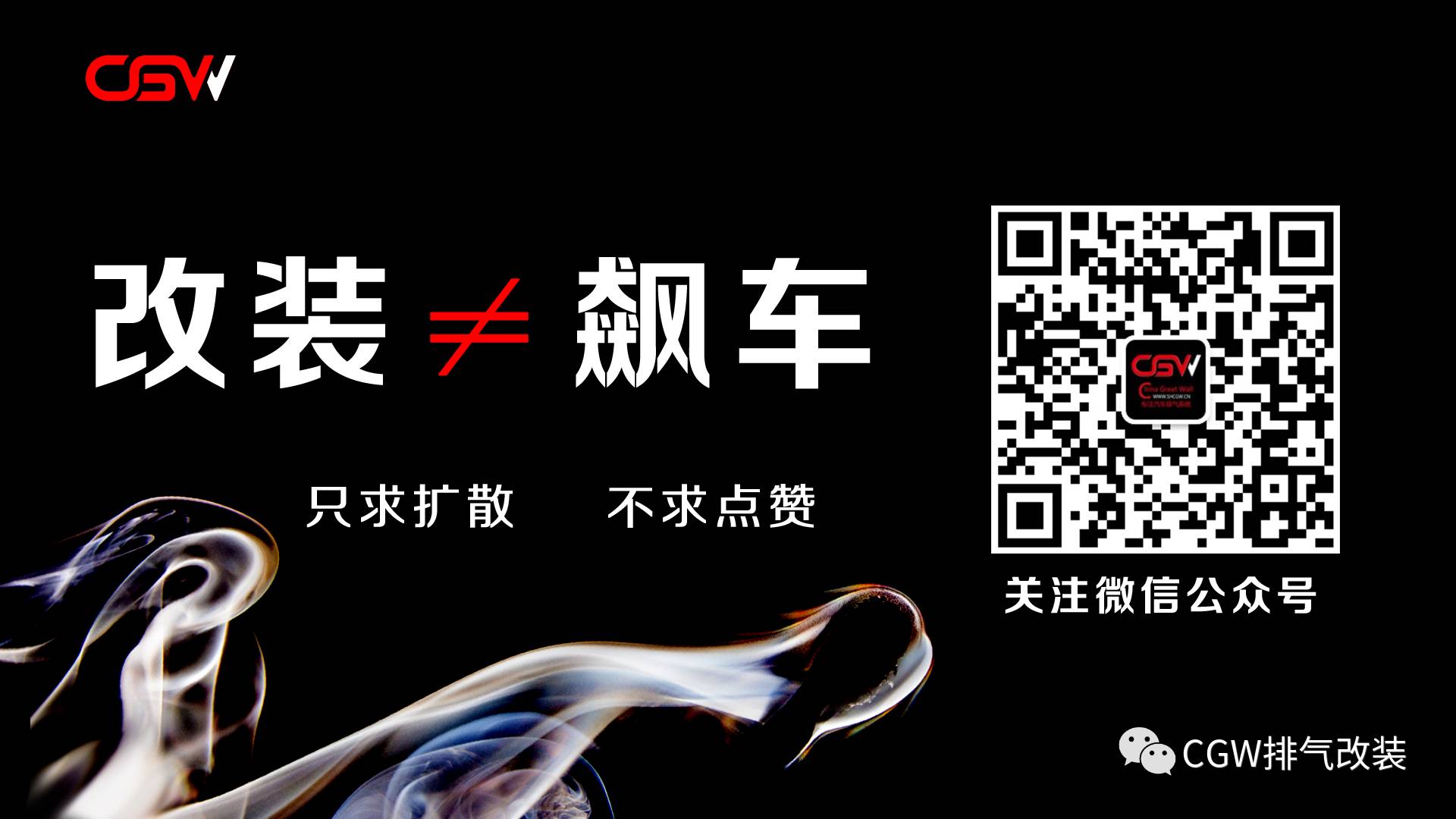