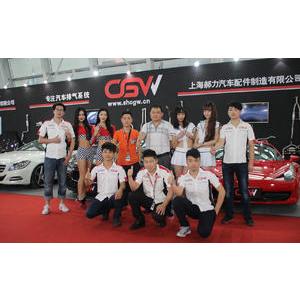 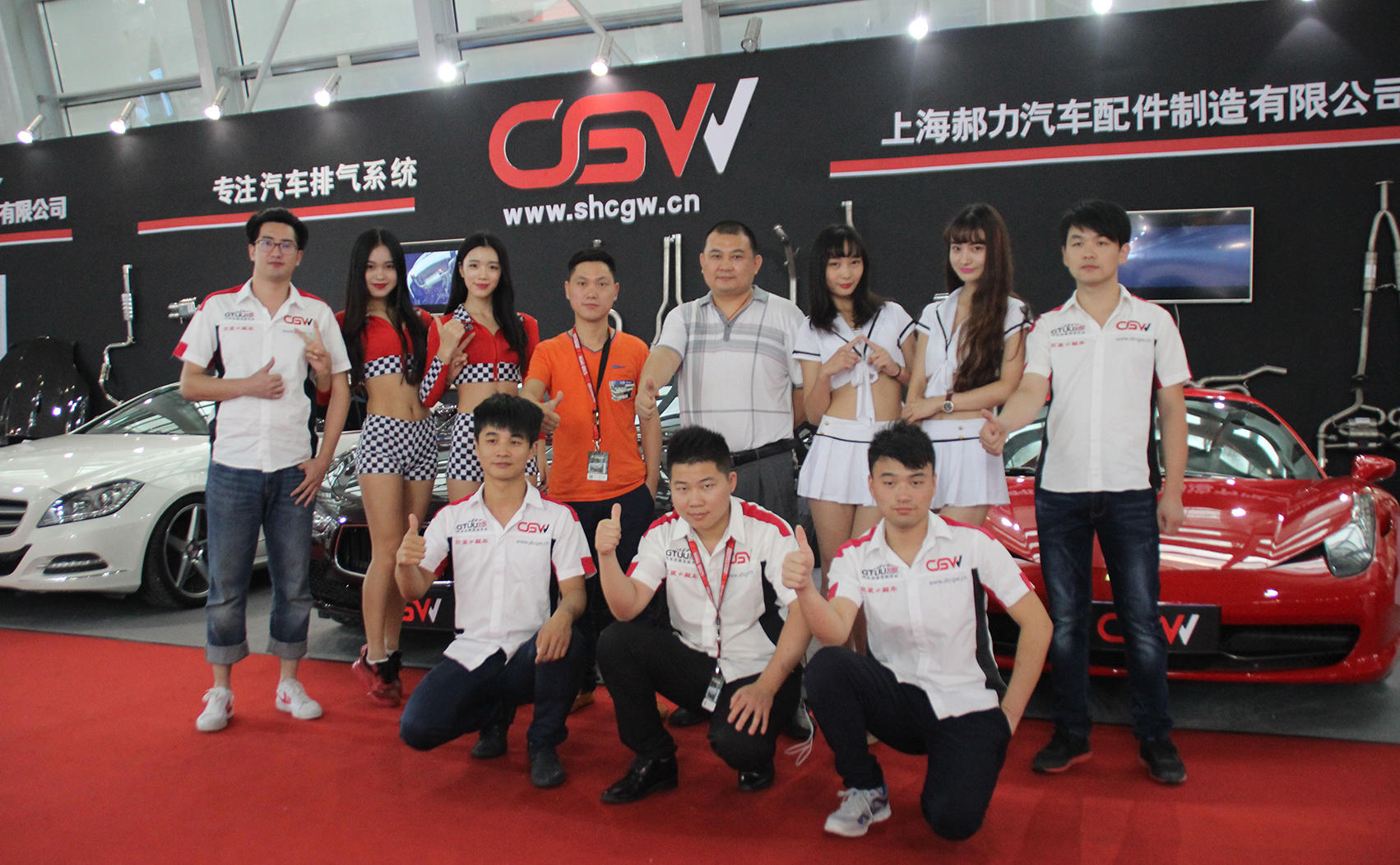 In many people's minds, there may be such an idea: the car modification culture originates from foreign countries, and the brand of car modification parts is naturally good for foreign countries. In fact, such an idea is one-sided. There are many examples of Chinese-made brands in the market. Among them, CGW exhaust is very popular among fans. CGW exhaust headquarters is located in Shanghai, and this year's 2015 CAS modification The auto show also participated as a "host". 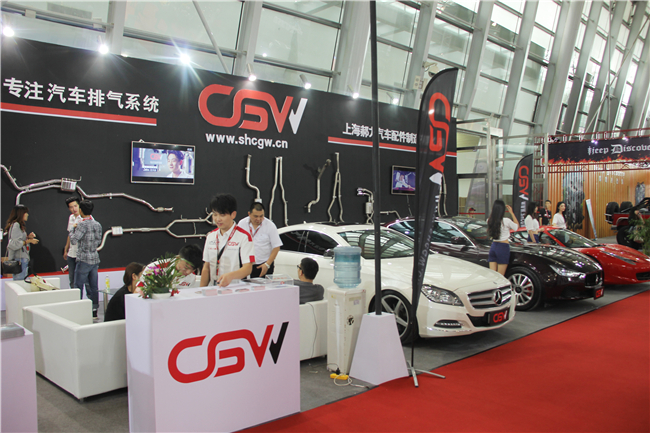 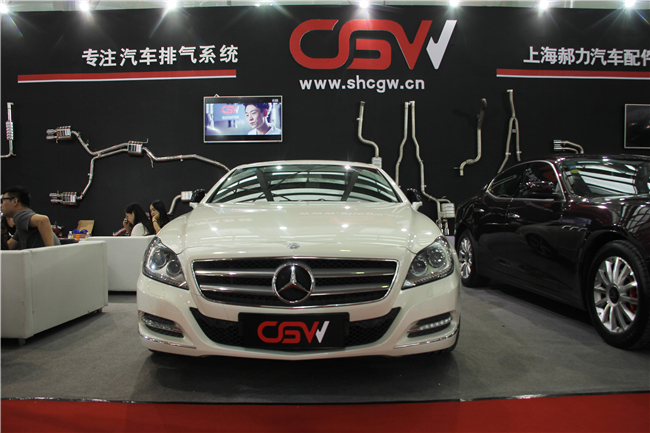 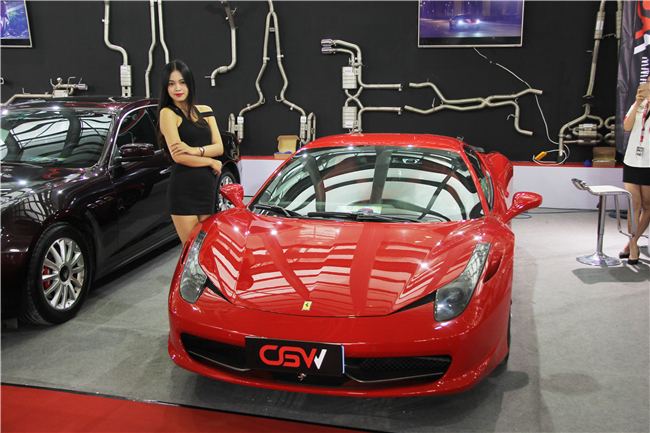 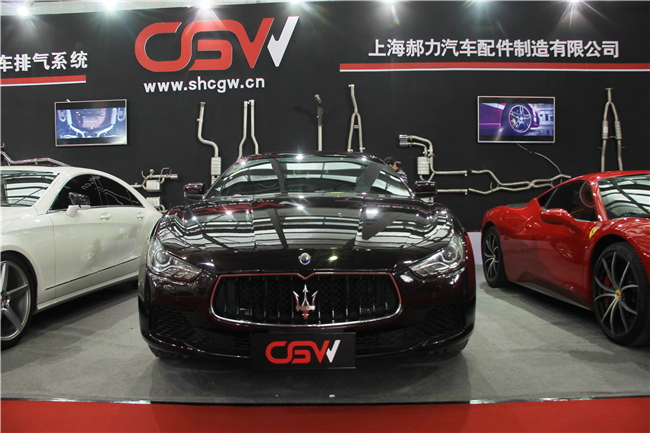 CGW is the abbreviation of China Great Wall, which symbolizes the quality and the great spirit of the Chinese nation. In September 2013, I participated in the CAS modified auto show for the first time. ** Apply the matte process to the modified exhaust. The brand foundation has been gradually established in the hearts of the industry and riders. In June 2014, the CGW team took the lead in researching and developing its own vacuum valve exhaust and promoting the market. Now this result has been widely used in the industry. In September of the same year, he participated in the CAS modified auto show for the second time, letting the industry see the continuous improvement of CGW products. 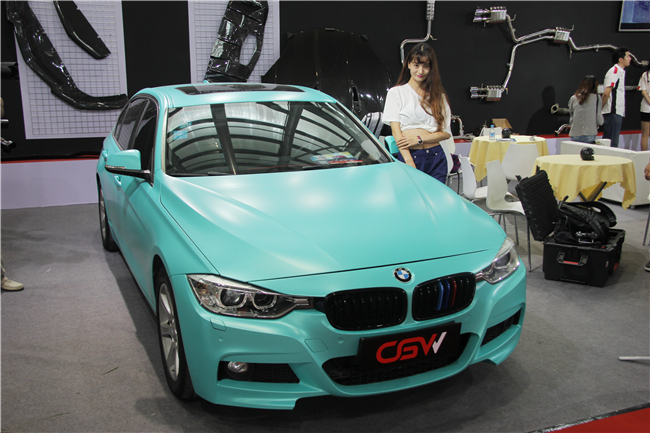 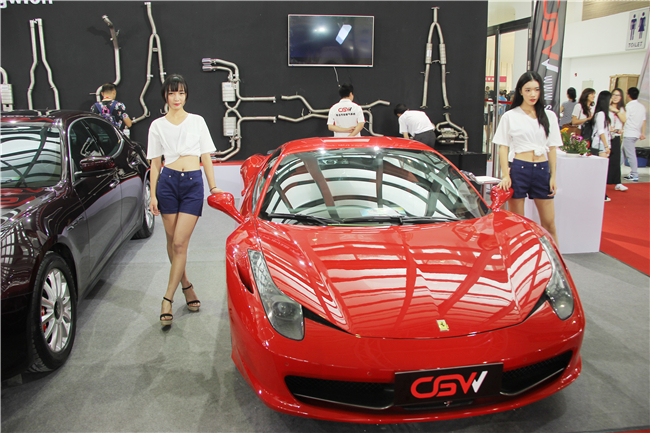 CGW exhaust this time participating in the CAS modified auto show can be described as a strong lineup, bringing four exhibition cars and many exhaust products, among which the star products that are concerned by the fans are 15 Cayenne exhausts and Ford Mustang exhausts, others Exhaust products such as the Infiniti Q50, BMW 3 Series, Audi A4 and many other star models are all brought together. The on-site exhausting exhaust products attract many fans and stores to stop the consultation, youthful car models and performance** The exhibition cars are combined into a unique landscape that pushes the atmosphere to a climax. 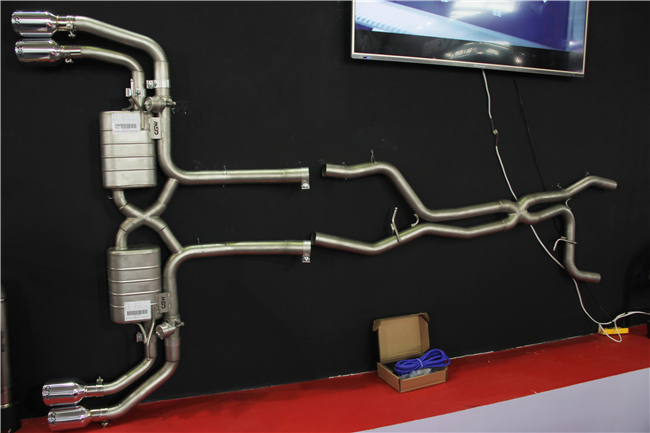 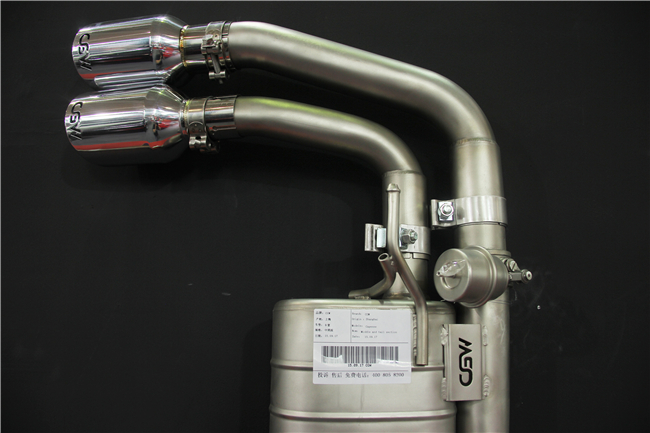 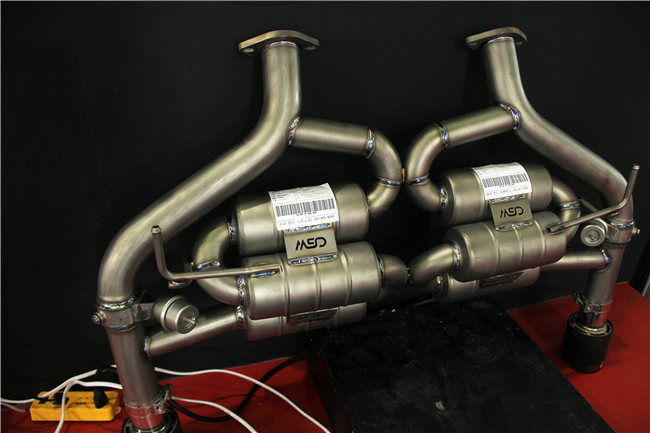 In September 2009, Mr. Wu Gang led two employees to establish CGW in a dilapidated factory in Shanghai. After 6 years of development, CGW brand has been adhering to the "technology development market, service establishment image" products covering all parts of the country, with market share and sales volume has become a well-known brand in the industry. 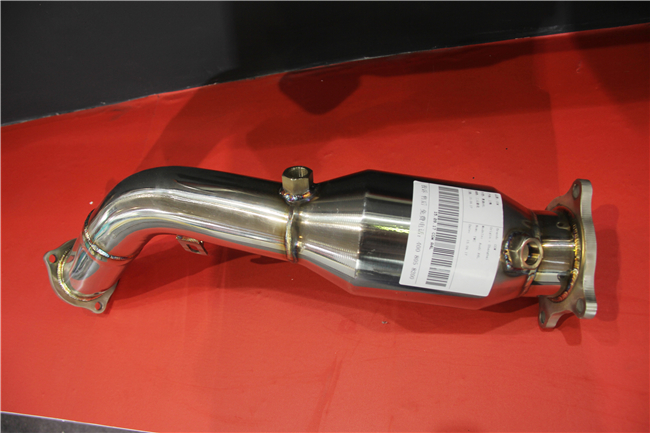 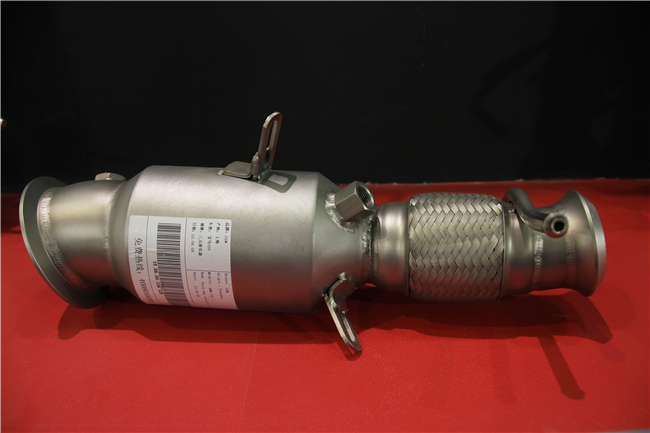 When talking about attending the CAS exhibition, Mr. Wu Gang said that many riders and car owners do not agree with domestically modified brands. There are still many disadvantages in domestic R&D and experience in technology research and development, but this does not mean that Don't develop national brands. Although it is more difficult to develop national brands at the whole stage than to sell foreign brands, Mr. Wu Gang and his team are willing to continue on this road, just as CGW takes the name of China Greatwall. In the same way, we must create an excellent exhaust brand that belongs to the Chinese people and can stand like the Great Wall. 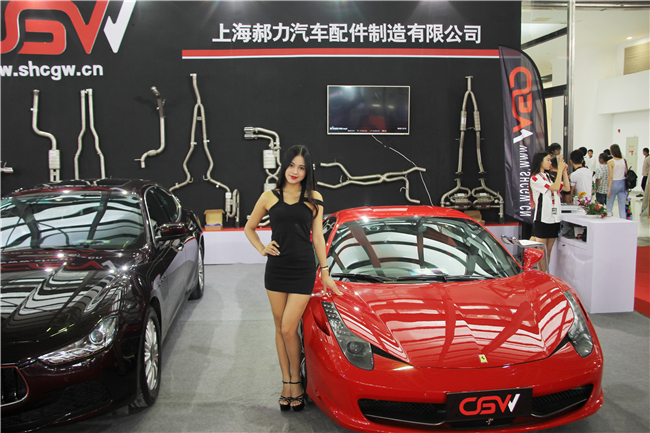 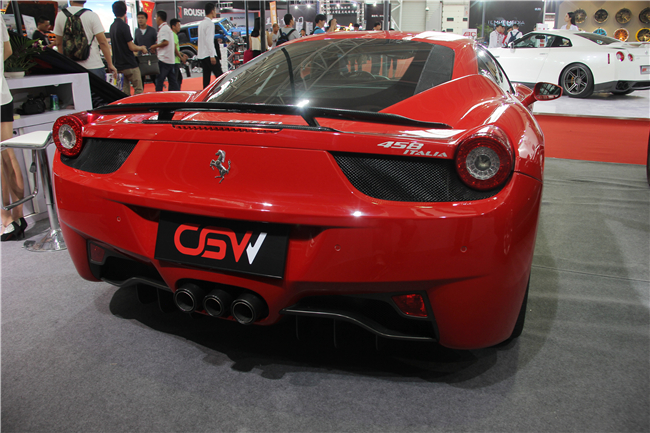 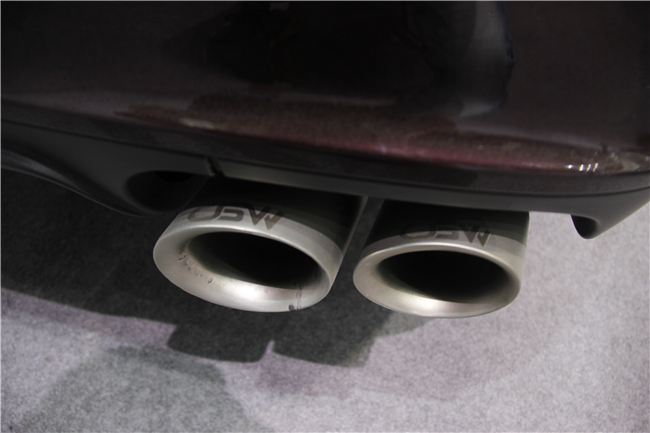 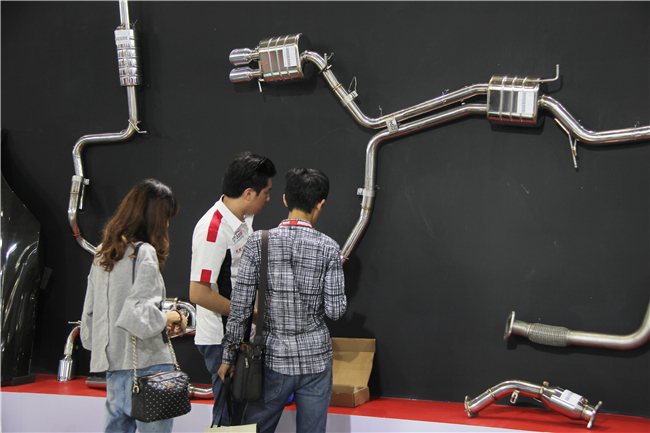 The staff explained the knowledge of the controllable valve exhaust to the visitors. 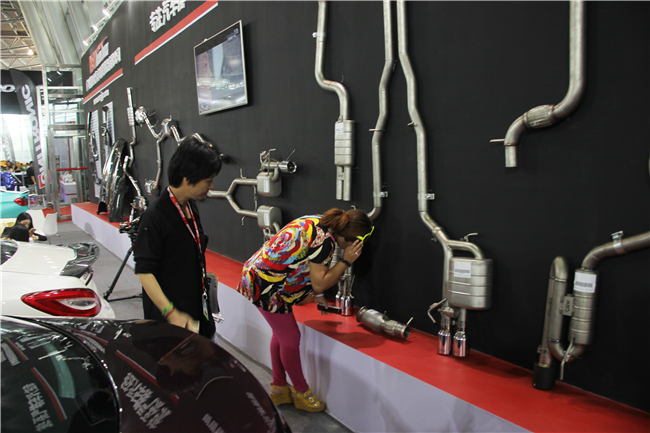 Many exhaust products attract a large number of visitors to visit 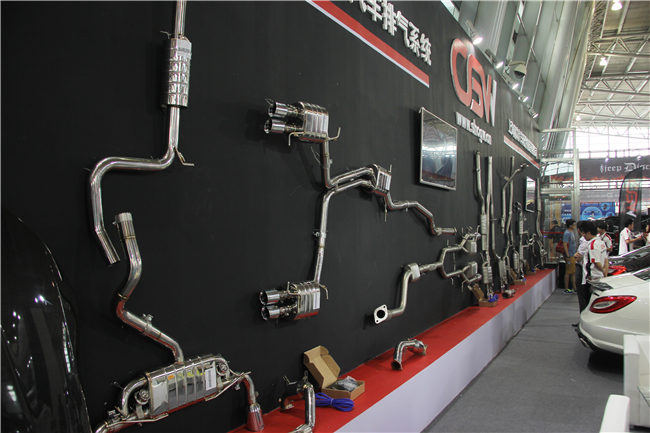 Adhering to the concept of “Chinese people's own modified brand”, all of them take the brand as the core and determined to build a professional exhaust modification brand in China. Under the implementation of this concept, CGW has made a lot of investment and hopes to be a domestic consumer. Bring more quality exhaust products, and information about CGW exhaust will continue to be reported on the Internet, so stay tuned.